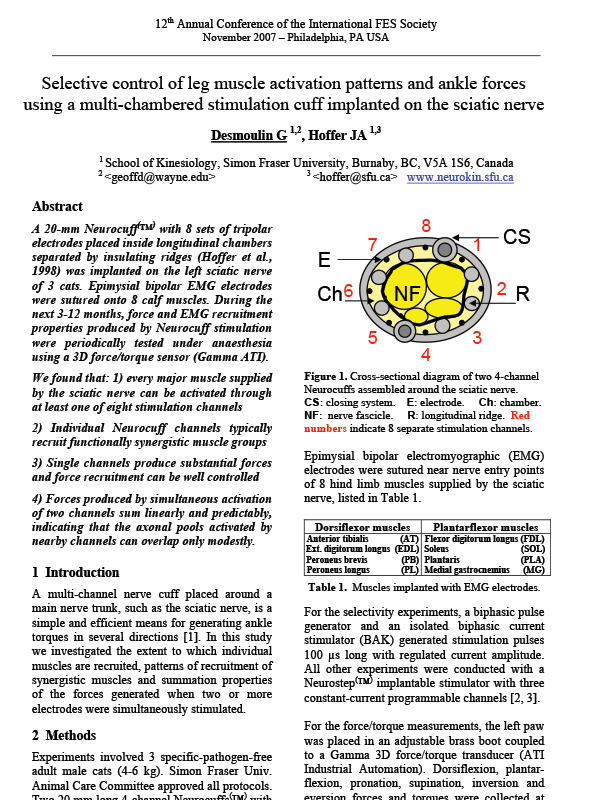 A 20-mm Neurocuff(™) with 8 sets of tripolar electrodes placed inside longitudinal chambers separated by insulating ridges (Hoffer et al., 1998) was implanted on the left sciatic nerve of 3 cats. Epimysial bipolar EMG electrodes were sutured onto 8 calf muscles. During the next 3-12 months, force and EMG recruitment properties produced by Neurocuff stimulation were periodically tested under anaesthesia using a 3D force/torque sensor (Gamma ATI).

We found that: 1) every major muscle supplied by the sciatic nerve can be activated through at least one of eight stimulation channels

4) Forces produced by simultaneous activation of two channels sum linearly and predictably, indicating that the axonal pools activated by nearby channels can overlap only modestly.