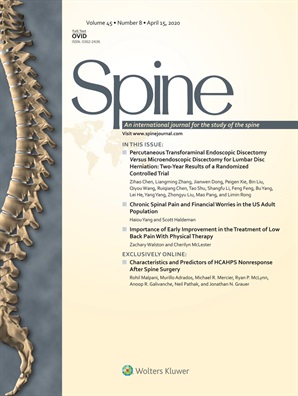 Study Design. Bovine caudal intervertebral discs were exposed to a noninvasive vibrating intervention for 10 minutes at amplitudes of 0 or 0.5 to 5 g and frequencies of 0, 16, 50 to 80, and a combined 16 + 50 to 80 Hz treatment. Expression of mRNA for aggrecan, collagen type I, collagen type II, biglycan, decorin, and versican were assayed.

Objective. To determine if the intervention is effective in altering intervertebral disc gene expression.

Summary of Background Data. Studies have variously suggested either an increased risk of disc degeneration with vibrations, no effect, analgesic effect, or even positive effects within certain loading parameters. The KKT intervention is in clinical use for spinal ailment pain reduction.

Methods. The intervention was applied in a clinic emulation setup. Gene expression in the nucleus pulposus was assessed using real-time RT-PCR and SYBR Green chemistry.

Results. Expression of mRNAs for aggrecan, collagen type II, and versican were signifi cantly effected by the intervention. Collagen type I, biglycan, and decorin were uneffected.

Conclusion. Expression of the extracellular matrix genes were signifi cantly up-regulated when vibrated with the intervention under specifi c loading patterns, indicating a potential therapeutic stimulus. Further studies on the protein-level and long-term effects are warranted. Previous studies have indicated a mixed effect of vibrations in the human spine. In this study, a clinical intervention using vibrations was applied to bovine intervertebral discs, and gene expression in the nucleus pulposus was measured. Several extracellular matrix genes were up-regulated, suggesting a potential therapeutic effect.

Comparison of 3D Spinal Motions during Stair-climbing between Individuals With...