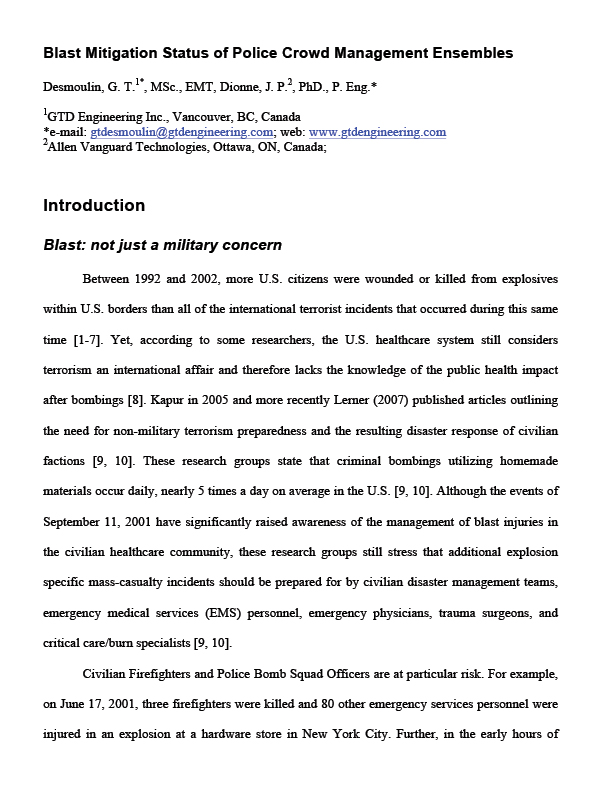 Between 1992 and 2002, more U.S. citizens were wounded or killed from explosives within U.S. borders than all of the international terrorist incidents that occurred during this same time. Yet, according to some researchers, the U.S. healthcare system still considers terrorism an international affair and therefore lacks the knowledge of the public health impact after bombings. Kapur in 2005 and more recently Lerner (2007) published articles outlining the need for non-military terrorism preparedness and the resulting disaster response of civilian factions. These research groups state that criminal bombings utilizing homemade materials occur daily, nearly 5 times a day on average in the U.S.. Although the events of September 11, 2001 have significantly raised awareness of the management of blast injuries in the civilian healthcare community, these research groups still stress that additional explosion specific mass-casualty incidents should be prepared for by civilian disaster management teams, emergency medical services (EMS) personnel, emergency physicians, trauma surgeons, and critical care/burn specialists.